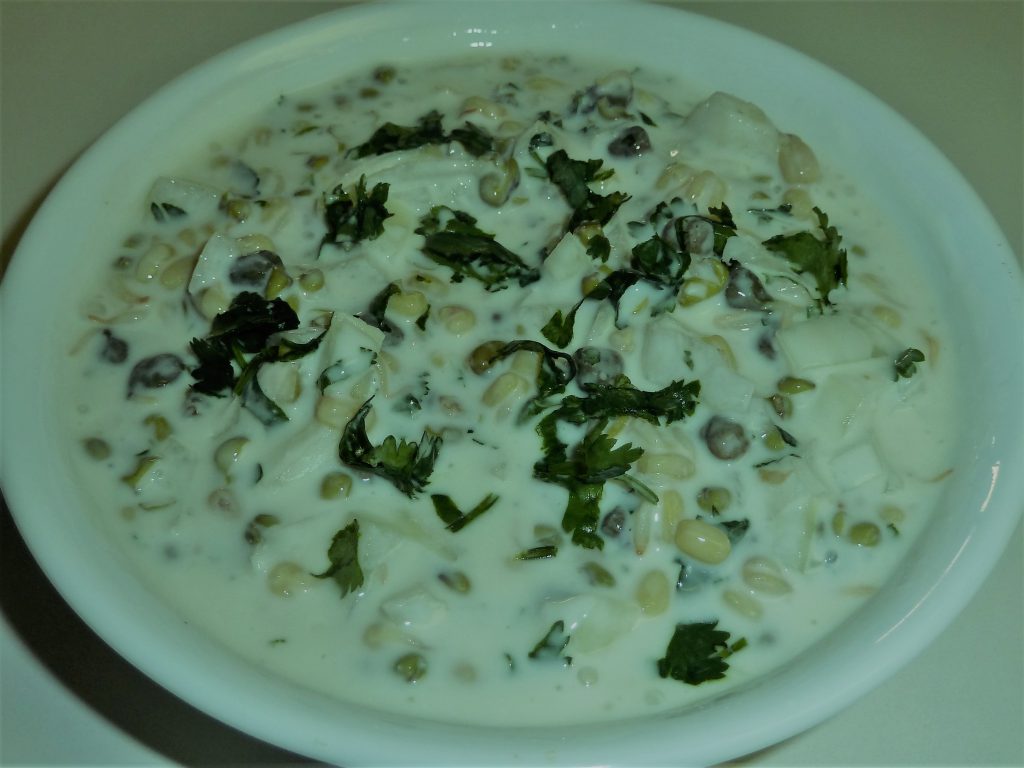 First of all take a microwave bowl and place the sprouted grains with water in the bowl. Microwave it for ~4-6 minutes until the grains are tender while stirring in between. Let the grains cool to room temperature. Further add yogurt, onion, salt to taste and fresh cilantro to the sprouted grains. Mix well and serve healthy Sprout Grains Yogurt.

Suggested Food Pairing: Use this as a side dish with main course.

Tell us how do you like your recipe
[Total Votes: 1 Average Rating: 5]