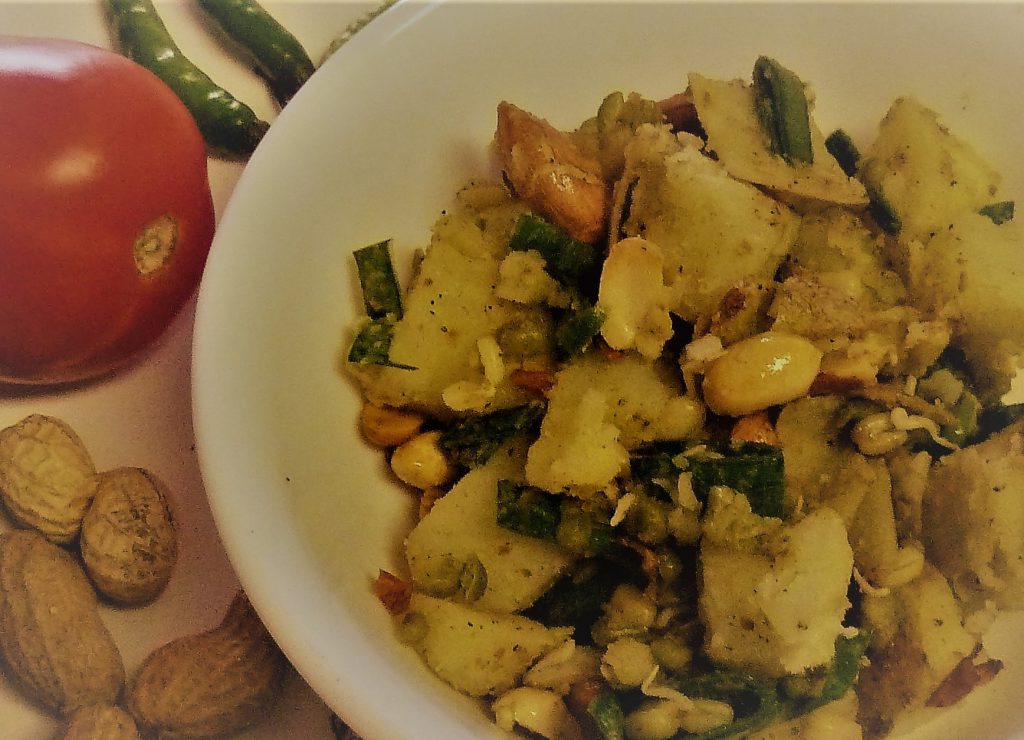 Love potatoes – you would surely enjoy this simple, quick, healthy and spicy potato snack or aloo chaat from VegRasoi.com.

Add the rest of the ingredients to the sprouted grains, mix well and serve the Spicy Potato Snack!

Suggested Food Pairing: Use this as an appetizer or healthy snack anytime with your choice of beverage.

Tell us how do you like your recipe
[Total Votes: 2 Average Rating: 5]